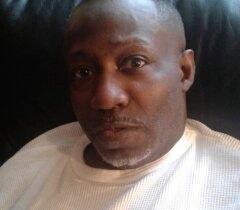 He was born on June 27, 1967, in the Bronx, the son of LaDoshia Jones-Morris and the late Wilbert G. Morris, Sr. Wilbert was educated in the Bronx, NY. Prior to his illness, he was employed with Utica Metals.

Wilbert was a devoted family man who was always there to listen for all of his family and friends. He was a sports fanatic, enjoyed music and dancing. Wilbert liked to keep himself busy by cooking, cleaning and was very handy.

He is survived by LaDoshia Jones-Morris (Mother); Marlene Jones-Wallace (Sister); Dwayne Jones (Brother); Beryl Flemings (Sister) all of Bronx; Jennifer Jackson (Fiancée) of Little Falls; his children: Saida, Jamela, Tatyanna, Isaiah, Jada, Elijah, and Jahiem all of Rome; Antonio, Zackery, Nakeisha, Alycia, and Karissa all of Little Falls; his sister-in-law: Amanda and best friend who was like a brother, Steven Johnson of Rome; his nieces and nephews: Yvonne, Deadre, James, Janeane, Devonte, Kilynn, and Justice; his great nieces: Keira and Alani; his great nephew: Ryan Tyrell. Wilbert is also survived by a host of aunts, uncles, cousins, and beloved friends.

Wilbert’s funeral will be held at 5 p.m., Saturday, March 7, 2020, at Mohawk Valley Funerals and Cremations, 7505 State Route 5, corner of Bidleman Road between Little Falls and St. Johnsville. 315-508-5131. Internment will take place later this spring at the convenience of the family.

Viewing for family and friends to pay their respects will be from 3 to 5p.m. at the funeral home. Thereafter, services will begin. On Monday, March 9, 2020, he will be cremated as he wished.
To order memorial trees or send flowers to the family in memory of Wilbert G. Morris, Jr., please visit our flower store.