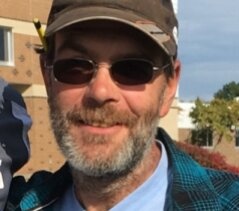 Little Falls, NY-William James "Bill" Miller, age 48, of Flint Avenue, Ext., passed away suddenly on Wednesday, December 6, 2017, in the town of Manheim. Born on December 15, 1968, William was the son of the late James “Racetrack” and Gladys “Mitzi” (Petkovsek) Miller.  He was raised and educated locally, attending Little Falls schools and graduated with the "Class of 1987."  On November 24, 2001, Bill married Stacey Fuelleman and they resided at Flint Avenue Extension.  Bill was proud to call himself a “Southsider” and made lifetime friendships from the neighborhood. William was a hardworking and skilled carpenter.  Bill was fortunate to learn the business from colleagues who became friends and then family.  Tom and Tommy Johnston took Bill under their wing and introduced him to the construction business.  Bill had a talent for using his hands and mind and learned from the best.  He was also an employee for 22 years at Little Falls Construction and considered Chico Urich a loyal friend and boss.  Together with Doug, Joe, Shermy, Normy and the rest of “the crew” they created beautiful and “finished” projects.  Bill had a good eye and took his job to heart; he was instrumental in the renovation of the historic Indian Castle Church.  He would help family members whenever needed too. Bill loved nature.  He enjoyed spending time with and hunting with his cousin Luke Petkovsek and friends.  Bill loved the Adirondacks and campsites at Powley Road and Ives, or fishing and camping with his boys and friend Marci Harris.  He made a campsite his home and looked forward to the sunrises on the bridge.  Any chance to spend time with his boys, camping, cooking, working or watching them wrestle was treasured and he had fun with the kids at “cousins weekend”. Survivors include his sons; Travis and Lucas and their mother, Stacey Miller of Little Falls; sister and brother-in-law, Monica & Bart Tooley of Little Falls, sisters; Veronica and Virginia (Ginny) Miller all of Little Falls, brother-in-law; Chris Welden, nephews; Parker Tooley, and Miller & wife Rachel Tooley, godchild and niece; Makena Tooley, mother & father-in-laws; Linda & Ralph Welden and Bill & Bonnie Fuelleman and many aunts, uncles and cousins.  He was predeceased by grandparents; Albert George & Jenny Miller, Tony & Edie Petkovsek, Eddie & Eve Fuelleman; several aunts, uncles and cousins. Mohawk Valley Funerals and Cremations, 7507 State Route 5 (town of Manheim), between Little Falls and St. Johnsville, 315-508-5131, has been entrusted with Bill's funeral arrangements.  In lieu of flowers, those wishing to do so, please consider memorial contributions in Bill’s name for his sons; Travis and Lucas Miller.  Checks can be made payable to: Monica Tooley, 18 W Gansevoort St, Little Falls, NY 13365.  Relatives and friends may pay their respects at Mohawk Valley Funerals and Cremations on Sunday, December 10, 2017 from 1-4 p.m.  Bill's funeral will commence also on Sunday at 4 p.m. from the funeral home chapel with the Rev. Joseph Famulare, officiating.  Burial will be held privately in St. Mary's Cemetery, town of Herkimer.  Please click to the left to offer online condolences.
To order memorial trees or send flowers to the family in memory of William James Bill Miller, please visit our flower store.