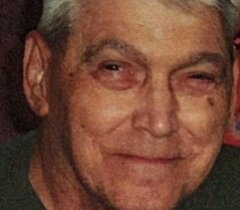 Dolgeville, NY – Woodrow “Roy” Winston, 81, of Beaver Street, a US Navy Veteran, passed away peacefully on Friday morning, September 14, 2018 at St. Johnsville Nursing and Rehabilitation Facility.   Roy was born on June 28, 1937 in Geneva, NY the son of the late Martin V. and Bette L. (Franklin) Winston.  Roy honorably served in the US Navy, becoming a field medic and later served alongside the US Marine Corps.  He served during the Korean Conflict and spent much of his enlistment in the Mediterranean.  Upon his Honorable Discharge he became a Master Licensed Plumber.  After his retirement, Roy enjoyed 2nd-hand shops and collectibles. Roy is survived by his children; a son Bruce, a son John, a daughter Beth (Doug) Symington all of Lindenhurst, NY and a son, Kyle of Dolgeville, NY; a step-daughter, Kerin O’Grady (Gary) Salcedo and a step-son Sean O’Grady both of Truth or Consequences, NM.  He also had many grandchildren especially mentioning Brandon Yorrie, Gary-Ray and Ryan Salcedo all of NM.  Roy is also survived by two sisters; Bobette Winston (David) Hunter of Angier, NC and Arlene Rochelle Winston (Harry) Quinn of Ocala, FL (previously Tampa Bay, FL). Roy married Catherine (Gilvary) Winston on September 21, 1991.  They made Dolgeville their home until Roy went into St. Johnsville Rehab and Nursing Facility almost 6 years ago.  Roy’s family wish to thank the entire staff at St. Johnsville Nursing Home for the wonderful, compassionate care they afforded to him especially in his last weeks.  Roy would extend a very special thank you to Magin and Amy for being very special friends.  Also, the family sends a very sincere thank you to Nikki and the Mountain Valley Hospice for Roy’s end of life care his last few weeks.  Mohawk Valley Funerals and Cremations (Daniel J. Enea, owner), 7507 State Route 5 (corner of Bidleman Road), Little Falls (315-508-5131) has been entrusted with Roy's funeral arrangements.  A calling hour at the funeral home will take place on Saturday, September 22, 2018 beginning at 12 noon and a memorial service commencing at 1:00 PM on Saturday following the visitation in the funeral home.  A private inurnment will take place at the Saratoga National Cemetery, with the US Navy offering military honors at the convenience of the family.  Roy’s family requests that you join them at a pot-luck luncheon following the service in Whitesboro.  Directions to this location will be available at the funeral home service.
To order memorial trees or send flowers to the family in memory of Woodrow R. Roy Winston, please visit our flower store.